You are here: Home / EMCrit / NeuroEMCrit – Demystifying the EEG Report

A 64 yo woman with history of COVID-19 and recent knee surgery presents to the ED obtunded. She is immediately intubated for inability to protect her airway.  Non-con head CT is unremarkable. Given a concern for non-convulsive status a continuous EEG (cEEG) is ordered.

You receive the report:

This is an ABNORMAL continuous EEG:

EEG reports are filled with important information about the health of a patient’s brain, which can be used to direct treatment and prognosticate.

Many reads will come with a little “clinical significance” summary, but most epileptologists aren’t the ones caring for the ICU patient, you are.  cEEG is one of the only continuous non-invasive modalities that can provide a lot of detail about the neurologic function in disease and health. And, interestingly, most seizing patients are taken care of in non-NeuroICU settings. In one study, for every one status epilepticus patient admitted to the neuro-ICU, three more were being cared for in the medical ICU (PMID: 23589183). Plus, as the diagnostic yield of EEG is highest when in close proximity to a witnessed event, EEG is a valuable tool in the ED (PMID: 21511976).

Thus, understanding the basics of these reports is important for all clinicians caring for acutely ill patients.

Part I: When to order cEEG in critical care?

While the most obvious reason for cEEG is diagnosis and treatment of status epilepticus, there are many other reasons for ordering cEEG in critically ill patients:

Seizures, particularly, non-convulsive seizures are not uncommon among critically ill patients even without an underlying structural brain injury or without a primary neuro diagnosis:

Why not just use a routine EEG?

But cEEG is labor intensive and not available everywhere…

The dipole between two electrodes is displayed as a channel and the channels can be arranged into montages that allow comparison between different areas of the brain.  How to read an EEG is beyond the scope here (obvi), but the terminology you get back is largely evaluating these 4 categories:

4️⃣ The panoply of everything else:

Brainwaves have frequencies and (unfortunately) those frequencies were not named in order of fastest to slowest (which would have made sense), but in the order in which they were discovered. The frequency is counted by how many oscillations there are in 1 sec (the vertical lines in the EEG clips below).

(above are frequencies for older children and adults; after age 8 the normal resting background reaches 8Hz – 8 for 8!)

By comparison, the “typical” ICU EEG has a much slower background composed of theta and delta slowing and may have features of sharp or rhythmic patterns (more on those later):

A particularly ominous background is the “burst suppression” background, which (as the name suggests) describes an EEG that alternates between periods of complete suppression interspersed with “bursts” of EEG activity. This EEG pattern, which is deeper sedation than general anesthesia, may be induced with high levels of anesthetics OR may occur spontaneously after hypoxic ischemic injury or severe brain injury where it generally portends a poor prognosis.

Next an EEG is examined for reactivity. Reactivity describes a change in the EEG background resulting from an audial or tactile stimulus.  Reactivity within the first 24 hours is a good prognostic sign after cardiac arrest. Those with reactivity have a 3-8x higher rate of obtaining a good outcome (PMID 32651293).  Lack of reactivity has less prognostic significance.

Next the EEG is reviewed for any seizures.

Per ACNS terminology seizures have a strict electrographic definition:

Here is a nice example of an electroclinical seizure:

This is not subtle.  Some seizures are much more subtle and take a lot more finesse to spot.  In general, this is binary though: seizures, yes ✅ or no ❌ .

Status Epilepticus also has an “electrographic” and “electroclinical” definition, which requires 10 mins of continuous electrographic seizure or 20% of an hour long reading. Clinical, as you guessed, means there is clinical correlate.

Part III: Decoding Everything Else

The tricky part becomes that when someone has an injured brain or encephalopathy, you’ll find all sorts of interesting spike waves (epileptiform discharges) or rhythmic and periodic patterns that don’t meet the definition for seizure but aren’t normal either.

Table of “Not Quite Seizures” Terms Frequently Mentioned in EEG Reports

Think of these as “mini-seizures” – they have the features of a seizure, but they just don’t quite get to the 10 second threshold.  Depending on the clinical situation, these often merit treatment.

Waves that have a “seizure-like” morphology but they occur sporadically without evolution or rhythmicity. The “+ modifier” signals that there is something “angrier” (ie more epileptogenic) about the way these waves appear. If these are rare and sporadic, they signal mild epileptic potential.  However, as these pick up in frequency and + modifiers or become more rhythmic, the more worrisome they become.  Once they get to the 2.5hz range and happen continually for 10 seconds…  that’s a seizure.

Yes, you've probably seen this pop up in lots of the general ICU population.  This is a specific epileptiform discharge morphology that is usually seen in toxic-metabolic encephalopathies (classically hepatic encephalopathy, uremia) and multi-organ failure.  More recently, it’s been described in cases of cefepime induced neurotoxicity. Generally, this is more a marker of underlying brain dysfunction and less a marker of impending seizures.

This category includes rhythmic patterns that disrupt the background. They may contribute to poor mental status and perhaps contribute to neuronal injury. The four most mentioned are Generalized Rhythmic Delta Activity (GRDA), Lateralized Rhythmic Delta Activity (LRDA), Generalized Periodic Discharges (GPDs), and Lateralized Periodic Discharges (LPDs). There are others.

A non-specific pattern that is slow (<5 hz) and may be seen in profound encephalopathy, post-ictally or with inflammatory, degenerative, traumatic, or toxic-metabolic disorders.

Sharp waves or spikes that occur rhythmically in the right and left brain.  They may occur infrequently (0.5hz) or quite frequently (2hz). Tend to be seen in diffuse processes: toxic-metabolic encephalopathy, sepsis.  But may also be seen in herpes simplex virus encephalitis and autoimmune encephalopathies. Can be associated with NCSE

This graphic is helpful in defining which patterns are likely to evolve into seizures:

Is the IIC pattern causing harm?

Still debated, but based on PET data, it does seem that there are patterns that result in hypermetabolism, thus increasing the cerebral metabolic rate, which may cause neuronal injury.  This “heat map” of ictal-interictal continuum findings can help contextualize the findings reported in the EEG report:

Finally, are these patterns what is causing my patient to not wake up?

Maybe. An approach to management of the interictal continuum really deserves its own post, for now here are a few papers that summarize the different approaches to management:

With this knowledge, back to the case:

This is an ABNORMAL continuous EEG:1) Continuous generalized and multifocal discharges and frequent polyspikes, occasionally with overriding fast activity (+F) and rarely with rhythmicity (+R) (within bursts). 2) Burst suppression pattern at beginning of epoch with 2-4 seconds of burst intermixed with generalized epileptiform spike wave discharges up to 1-2 Hz and 2-8 seconds periods of suppression. 4 hours into the recording, interburst intervals shorten, and background becomes discontinuous theta/delta with continuous generalized epileptiform spike wave discharges, 1-3 Hz still with overriding fast and rhythmicity.

These meet criteria for ictal-interictal continuum (IIC), and at times appear more on the ictal end of IIC. Reactivity was absent.

Taken together: this is a highly abnormal background which likely is indicative of a drug effect or severe brain dysfunction. The bursts look very spike-y, like seizures, as they are rhythmic and fast but only last 2-4 seconds. This is a very concerning pattern and is alerting you to a malignant, “nearly-seizure” EEG = “[the bursts are on the] ictal-interictal continuum (IIC), and at times appear more on the ictal end of IIC”

This is absolutely a pattern that is worth a treatment trial.

Ultimately, this case was of a patient who presented with an (unknown) overdose of baclofen.  She came in in burst suppression because of the anesthetic effect of baclofen toxicity, and then, as she went through withdrawal her EEG became less and less suppressed and more and more on the ictal end of the interictal-ictal continuum, ultimately culminating in NCSE that was aggressively managed. She recovered.  In this case, it was the way the EEG changed overtime, coupled with a negative imaging workup for hypoxic ischemic damage, that clued us in to a potential overdose and withdrawal situation, which was eventually confirmed with family.

Some take-away pearls for EEG interpretation:

Photo by israel palacio on Unsplash 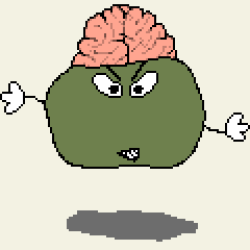 This Post was by the EMCrit Crew, published 1 year ago. We never spam; we hate spammers! Spammers probably work for the Joint Commission.

I am very sorry to admit this but I got my MD in ’82 (1982)… and I never understood EEG’s. as a matter of fact, not sure it was ever taught. they were always this mysterious cloud, hard to order, harder to get, and even harder to interpret. thanks to Casey and Neha, a few rays of sunshine are peeking through the beta and theta clouds of my mind regarding this important tool. over the years, I’ve always wondered which of my post-ROSC comatose patients were in NCSE, especially in the non-tertiary ER’s/ICU’s. I wonder if the Cerebell device and… Read more »

Wow, I’m so happy this was that helpful! thanks for the feedback 🙂

Truly awesome as per usual. I would add that in the era of ubiquitous CT perfusion you can use the opportunity of having your acutely obtunded pt in the scanner anyway for rule out of badness to address status as well as LVO (takes less contrast medium; in our institution just 40 ccs compared with 60 ccs for CTA, still the corcle is visualized fine). Although not prospectively studied, CTP seems to be more sensitive than eeg (can see temporomesial hyperperfusion where eeg can only reach with sphenoidal needle electrodes) and way easier and faster. Of course this only substitutes… Read more »

Yes absolutely! CTP has a lot of potential here to assess for status, but of course as you point out is only one time point — but certainly has potentially to be part of the initial workup. Brain PET/SPECT scanning really shines here, but SO hard to get, maybe one day it will be easier!

Thank you so much for this explainer! (Anecdotally) Baclofen overdoses seem to be increasing and as a result cEEG reads increasingly appear in our charts. This provided a lot of clarity to an area pharmacists don’t typically explore in didactic/experiential education.

wpDiscuz
8
0
Would love your thoughts, please comment.x
()
x
| Reply
You are going to send email to