You are here: Home / EMCrit-RACC / EMCrit – Wanted Dead or Alive, Your FONA Experiences

Here is the issue:

As a healthcare professional (HCP), you rarely perform an emergency cricothyrotomy. Even if you decide to make the effort to submit your case report to a medical journal, if you used a known technique and did not perform anything new or novel, it will probably be rejected.

Yet, sharing your experience is important. We continue to hotly debate which cricothyrotomy technique possesses the highest first-pass success rate. Because medical journals are focused on case reports that include new and/or novel techniques, there may be a publication bias for new techniques, often without much evidence. In a recent systematic review, we found 42 articles suggesting novel equipment for cannula cricothyrotomy with no evidence whatsoever of their efficacy. (https://academic.oup.com/bja/article/117/suppl_1/i28/2237185)

Where does this leave the HCP during a ‘can’t intubate can’t oxygenate’ emergency with so many homemade and commercial options? Cognitively overwhelmed with a multitude of choices, all with very little evidence. It is incredibly unfair to ask a clinician to assemble an array of 3-way stopcocks etc. knowing the patient in front of them will begin to suffer brain damage in approximately 2 minutes. ‘This should work’ is not good enough.

How do we get the evidence?

National Audits have been done in the UK (NAP4, https://www.rcoa.ac.uk/nap4) and Denmark (https://academic.oup.com/bja/article/117/suppl_1/i75/1744400) do add some evidence. Audits are limited in their timeline (e.g. one year) and country, limiting the number of cricothyrotomy procedures recorded. Arguably, NAP4, particularly surrounding cannula cricothyrotomy failure performed by anesthesiologists, increased rather than decreased the controversy about which technique to use.

The Airway App was created to allow healthcare practitioners to record the circumstances of their emergency surgical airway procedures. Only the country and role of the reporter is recorded. The only criteria for reporting a procedure is the reporter has a first-hand knowledge of the procedure. The reporter did not have to perform it; but he or she did have to witness it, our attempt to decrease second-hand reporting bias.

Until now, the Airway App has been promoted only by word-of-mouth at various airway-related conferences. First released at the SMACCDub Conference in June 2016, the first 18-months of Airway App data has just been published; 99 emergency surgical airway procedures from 21 countries.

What did it show? Of the 99 reports, only 18% were performed by surgeons. Scalpel-bougie cricothyrotomy had both the highest number of reports, as well as the highest success rate. As you can see, our numbers are simply too small to draw conclusions.

Results by technique are shown here:

Here’s where you come in:

We want you to share your emergency surgical airway experiences, which enables others to know what you felt worked, what didn’t, and why.

Let’s crowd-source the evidence and share the results. Results will be updated every 6 months on www.airwaycollaboration.org.

The Airway App is available on www.airwaycollaboration.org as well as Apple© and GooglePlay© app stores. 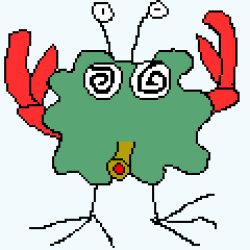 You failed to mention what FONA meant a single time 😉

While definitely not a massive study with massive numbers, we have noticed a trend in our shop…. PLEASE PLEASE stop teaching people to flip the scalpel and use the handle to widen the incision, we have had blood borne pathogen exposures (i.e. employee injuries) when people were inadvertently cut by the blade sticking up in the air. These are always high pressure events and everyone wants to help, It’s kind of like a bar fight, if a knife pulled and pointed up someone is going to get cut!!!

Such an excellent point Anthony, totally agree- wielding a sharp instrument around during an ‘all hands everywhere’ event is a recipe for badness. Finger not handle dilate for sure.