Screening for by cardiac injury: an Eastern Association for the Surgery of Trauma practice management guideline. J Trauma 73:(5) Supplement 4, S301-S306, 2012.

An ED Intensivist from NY. No conflicts of interest (coi). 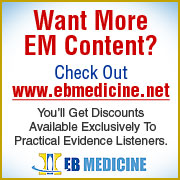 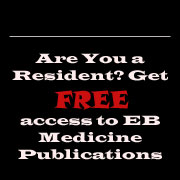 At Level 2- they state:
“In patients with a normal ECG result and normal troponin I level, BCI is ruled out. The optimal timing of these measurements, however, has yet to be determined.”

I don’t know of any good evidence on how quickly trops rise after BCI but I suspect it takes some time as it does in MI to be reasonably sensitive. They acknowledge that the timing is “yet to be determined”.

Also Level 2: “The presence of a sternal fracture alone does not predict the presence of BCI and thus should not prompt monitoring in the setting of normal ECG result and troponin I level (moved from Level 3).”

Same problem; to me– based on the timing issue, one immediate NEG troponin doesn’t seem very helpful, and thus these recommendations using a negative troponin don’t appear to have much value.

I think it’s probably worthwhile to get since if it’s positive you can act on that– and an initial negative trop is probably a somewhat useful screen.

I definitely don’t wanna see a day where they are recommending a 2 set rule out for this!

wpDiscuz
You are going to send email to
Move Comment