You are here: Home / EMCrit-RACC / EMCrit CQIR – The Conundrum of Reversing Anticoagulants for Mechanical Heart Valves in Intracranial Hemorrhage

The CQiR (The Critical Questions in Resuscitation)

Timely anticoagulant reversal is crucial in life or limb threatening bleeding and when emergent surgical procedures must be performed exigently; but patients are on anticoagulants for a reason, some of which lead them to be more prone to thrombosis if reversed.  Anecdotally I have seen physicians simply watch the INR drift down in patients with mechanical valves presenting with intracranial hemorrhage and monitor for any further bleeding due to fear of thrombosis.  Should patients with mechanical heart valves receive reversal for head bleeds?  If so, is there a preference for PCC over FFP?

A 1998 prospective observational study in the neurosurgery literature described the dilemma of discontinuing anticoagulation in intracranial hemorrhage for patients with a mechanical valve.  These valves have high potential for thromboembolic event and therefore a high INR goal is targeted.  It is intuitive that reversing this medication would increase the risk of embolization but the authors stated that the extent to which this occurs in unknown.  39 patients were studied over about 20 years at a single center and no embolic events were observed after reversal with Vitamin K and plasma (the reversal agent of choice at the time).  The authors concluded that the risk of embolization during brief interruption of anticoagulation seems small.1  Years later in 2013 a case report was published describing safe reversal of warfarin using PCC in life threatening bleed in a patient with a mechanical valve2 so it seems that this remained a controversial topic, this time with the focus being on a new reversal agent.  In 2015 the question of reversal agent continued as Farsad et al examined the efficacy of PCC and FFP for the reversal of warfarin in patients with mechanical valves.  Many more patients in the PCC group met the target INR in 48 hours, while more than half of the FFP patients required additional dosing.3

To answer these CQIRs, I spoke with Dr. Jeannie Callum, researcher and director of transfusion medicine at Sunnybrook Hospital in Toronto, who gave clear answers, great tips, and dispelled some myths regarding anticoagulant reversal in this population.

In short-If a patient has an intracranial hemorrhage and is on warfarin, no matter what the reason for their anticoagulation, they need to be reversed with Vitamin K and PCC

Vitamin K should be given IV in this situation.  A myth exists surrounding this situation which should be dispelled.  The risk of anaphylaxis from IV Vitamin K is very rare.  Previous association with anaphylaxis was due to castor oil additive,4 but this medication has been reformulated.  Anaphylactoid reactions exist, so the IV medication should be pushed slowly and used only for emergent reversal needs.

PCC is safer than plasma.  Use of plasma has greater incidence of circulatory overload and is associated with higher all-cause mortality in intracranial hemorrhage compared to PCC.  PCC has no greater risk of thrombosis than plasma.5  Plasma only needs to be given if the patient has a contraindication to PCC and the only reported contraindication is history of heparin induced thrombocytopenia.  This is because in addition to Factors II, VII, IX, X, and Proteins C & S, PCC contains heparin (it would clot off in the vial if it did not; it will also clot off in your patient if you give it too fast!).  PCC can be given over minutes with the total time of administration 5-25 minutes depending on the dose, compared to hours for FFP, allowing for quicker reversal of anticoagulation.  PCC lasts for about 6 hours at which time your IV Vitamin K will have taken effect.

What about reversal with your NOACs?  These medications are technically not indicated for anticoagulation for mechanical valves and clinical trials are ongoing regarding their use in this situation so we can delay that conversation for another day.

The American College of Cardiology recently published expert consensus guidelines regarding management of bleeding patients on anticoagulants that echo Dr. Callum’s advice.  They point out that stopping anticoagulation for a short period time is important to prevent further bleeding which will require longer term anticoagulant discontinuation and therefore greater risk of thrombosis.  “Those with a mechanical valve with history of Afib, CHF, or stroke or with a caged ball or tilting disc aortic valve are at the highest risk of thrombosis, so anticoagulation should be restarted as soon as feasible”.6

So in summary, give IV Vitamin K and PCC to patients presenting with intracranial hemorrhage who are on warfarin due to a mechanical valve.  While we don’t know the risk of embolic event in this situation, in case series it seems to be low and the risk of further bleeding is more significant and immediate. 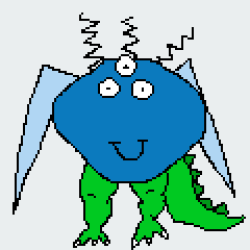 You don’t give anything for these four weeks? Not even low dose LMWH or so?

Ash misquoted the piece–that was the rec for non-high risk for thrombosis patients. Corrected above. Restart anticoag as soon as deemed safe by the team.

excellent and thank you, ms. ashley. perhaps a dumb question, but has it been definitively proven that giving PCC and vit K lead to improved outcomes (M and M)? or even smaller hemorrhage size at 12/24 hours? i certainly do give stat PCC, and vit. K for these patients, and well as any major bleeds on coumadin. (or on NOAC’s). In some cases, if my lab turn around time is 30-45 minutes for a PT/INR, i might give a stat dose of 1500 units of Kcentra (there was a lecturer, i think on emcrit?, who said that 1500 units reverses… Read more »

Tom, Thanks for your comments and questions. I followed up with Dr. Callum to try to provide the best evidence out there on the questions you are asking, especially related to the efficacy of PCC you inquire about. Per Dr. Callum, “there is no solid evidence that anything we do on the coagulation side improves outcomes, but that being said few of us would be so bold as to NOT reverse”. A German retrospective cohort study published in JAMA in 2015 (https://doi.org/10.1001/jama.2015.0846) looked at the question of hematoma enlargement in the setting of reversal for anticoagulated patients with ICH. Hematoma… Read more »

Thank you for bringing up this interesting and in clinical practice often very tricky question. I think what you may want to add is the site of the mechanical heart valve is of critical importance. Patients with prosthetic mitral valves and/or multiple replaced heart valves are far more prone to devastating adverse events in case of stopping anticoagulation than patients with a single mechanical aortic valve (Daniels et al. Thromb Res. 2009 Jul; 124(3):300-5. and Pandarunga et al. World J Cardiol. 2012 Mar 26; 4(3): 54–59.) The guidelines (2017 ESC/EACTS Guidelines for the management of valvular heart disease) also shortly… Read more »

wpDiscuz
5
0
Would love your thoughts, please comment.x
()
x
| Reply
You are going to send email to