You are here: Home / EMCrit-RACC / EMCrit – Propranolol Versus Metoprolol for Treatment of Electrical Storm by Kristina Kipp PharmD

Electrical storm (ES) is defined as 3 or more sustained episodes of VT, VF, or appropriate ICD shocks during a 24-hr period.1  Ischemia, infarction, severely compromised LV function, and electrolyte imbalances are important risk factors for the onset of ES.  Administration of beta blockers plus an antiarrhythmic will suppress the sympathetic tone and increase the VT/VF threshold. Interventional measures such as ablation, coronary reperfusion, left sympathetic ganglionic block, ECMO, or palliative care may be warranted.

The Journal of the American College of Cardiology recently published study by Chatzidou, et al evaluated the efficacy of propranolol compared to metoprolol, in combination with intravenous amiodarone for the management of ES in patients with an ICD.1

The authors of this study combination of oral propranolol and IV amiodarone is effective for management of ES in patients with an ICD.  Propranolol is associated with shorter time to arrhythmia termination, lower frequency of ICD discharge, and reduced length of hospital stay compared to the combination of oral metoprolol tartrate and IV amiodarone.

Pharmacotherapy of Electrical Storm and Propranolol

Electrical storm is a life-threatening clinical condition characterized by repeated episodes of VT and VF in patients with ICDs and likely heart failure.2  Management of ES requires a multimodality approach with initiation of specific drug therapies while determining if an intervention is warranted to treat the underlying cause of the ventricular arrhythmia. Triggering factors for ES  may include acute myocardial ischemia, catecholamine surge, electrolyte imbalance, new or worsening heart failure, QT prolongation, susceptible genetic substrates, or inherited arrhythmia syndromes.  Timely administration of beta blockers, amiodarone, and sedatives will suppress sympathetic tone, increase VT/VF threshold, and alleviate patient anxiety.  If pharmacologic sympathetic blockade is not effective, interventional treatments (i.e. cardiac cath, ablation, ECMO, LVAD) may be required during the acute event of ES to treat the underlying problem.2

In the early 1980s propranolol received massive attention from the Beta-blocker Heart Attack Trial (BHAT).3  Propranolol's protection against catecholamine toxicity resulted in improved survival by decreasing reinfarction and VT/VF occurrence in patients with an acute MI.  Patients with LV dysfunction had an immediate survival benefit observed with propranolol.  The steering committee stopped the trial early because of the overwhelming survival benefit in the control arm. Propranolol paved the way for more beta blockers to reach the market. The use of propranolol has decreased with the availability of newer beta blockers.

The antiarrhythmic effects of propranolol could be explained by beta-2 inhibition.  In healthy left and right ventricles, the beta-1 to beta-2 ratio is approximately 70:30 and 80:20, respectively.4 However, ventricular remodeling modifies beta-1 and beta-2 receptors to a ratio of 60:40 in failing ventricles.  This change results in an upregulation of beta-2 receptors in heart failure.  Since beta-2 receptor activation induces hypokalemia, blocking beta-2 may minimize hypokalemia, thus reducing its proarrhythmic effects.  Propranolol also has a direct membrane ion current effect that is antiarrhythmic.  In addition, the lipophilic nature of propranolol is able to penetrate the CNS where it blocks presynaptic adrenergic receptors.5

Overall the unique pharmacokinetic profile of propranolol likely contributes to the clinically meaningful outcomes in ES compared to metoprolol.  Chatzidou, et al demonstrated intriguing results in their well-executed study design.  Propranolol established superiority over metoprolol for the primary and secondary endpoints.  By blocking both beta-1 and beta-2 receptors, propranolol may provide more complete protection against adrenergic surge in addition to its under appreciated antiarrhythmic mechanisms.   It remains unclear whether patients would beneﬁt from long-term propranolol after the acute episode of ES. 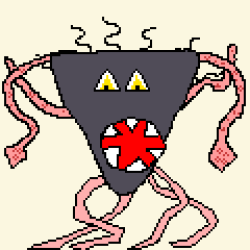 This Post was by the EMCrit Crew, published 1 year ago. We never spam; we hate spammers! Spammers probably work for the Joint Commission.

i wonder. in the ER, if we have a patient in ES, say witnessed VF arrest, and he had multiple shocks, dual defib, amiodurone, and then what ? (for refractory, or recurring VF/VT), and we dont have ECMO.
i thought the consideration was esmolol (Loading dose 500ug/kg, infusion 0 – 100ug/kg/min). but then i heard that if one couldnt get esmolol stat (ie, stat, like its already in the PIXUS or ER, ) to consider lopressor, which is.

but this study (although a somewhat different population, maybe) suggests propranolol is better. i need to see if we even have it in the ER.
thoughts?
tom

Thank you Tom! Great question regarding esmolol- Esmolol demonstrated efficacy during ACLS with refractory VT/VF. After a patient with minimal CO receives multiple doses of epinephrine, the buildup of catecholamines occurs and ultimately refractory VT/VF. As you mentioned, electrical storm with ICD is a different patient population than refractory VT. I will still use esmolol in the setting of ACLS if the patient continues to bounce back into VT despite epinephrine and defibrillation. I am unsure if you can extrapolate the outcomes from this study to witnessed arrest with refractory VT/VF. Propranolol was shown to be superior secondary to its ability to block both beta-1 and beta-2 based on the pathophysiology of ES. I experienced a patient who presented to the ED after his LifeVest went off and he woke up on the floor. He experienced two more VT episodes in which we successfully defibrillated. The patient recently underwent PCI with 2 stents and found to have an EF <30% in which cardiology discharged him on a LifeVest. I assumed the patient thrombosed the fresh stents. Either way he needed to go back to the cath lab. In the meantime we administered an amio bolus and metoprolol prn. He continued… Read more »

Is this a thing?
/Users/rachelgorodetsky/Desktop/Loperamide.png

[…] that propranolol is the best choice. I am not smart enough to understand all the physiology, so I would suggest reading this post by PharmD Kristina Kipp. There is an RCT showing better outcomes using oral propranolol as compared to oral metoprolol. […]

[…] I am not smart enough to explain the pharmacological differences between metoprolol and propranolol.… […]

wpDiscuz
You are going to send email to
Move Comment