“Idiopathic ventricular tachycardias” refer to a group of tachydysrhythmias originating below the AV node and bundle of His but differing in etiology, prognosis, and treatment compared to classic ventricular tachycardia (VT). The name “idiopathic” is becoming more and more inappropriate, as various specific subgroups and specific etiologies are being discovered, including right ventricular outflow tract VT, fascicular VT, and bundle branch reentrant VT. To understand these entities one must first understand the differences between classic VT and idiopathic VTs.

Classic VT is by far the most common cause of wide complex regular tachycardia. It originates in (usually pathologic) myocardium, which is associated with advanced age, cardiovascular disease, structural heart disease and/or ischemia. Classic VT is associated with the prognosis of its underlying etiology, and is generally considered to have a significant rate of deterioration and hemodynamic compromise. On EKG, Classic VT tends to have longer QRS duration and a wider, less organized conduction morphology as compared with idiopathic VT, reflecting the key concept that classic VT does not usually originate in or near the intrinsic conduction system whereas many of the “idiopathic” VTs do. Unlike “idiopathic” VT, classic VT is more likely to show moderately specific signs such as AV dissociation, fusion beats, precordial QRS concordance, precordial R to S-wave nadir >100 msec, R>R’ in V1, large upright R-wave in aVR, etc., however none of these are reliable in isolation.

Idiopathic VTs as a group are more commonly seen in younger, healthier patients than the typical classic VT patient, and are generally considered to have excellent prognosis with low rates of hemodynamic compromise and rhythm deterioration. These arrhythmias can be either automatic or reentrant in mechanism, and they often respond to antiarrhythmic medications that would ordinarily be ineffective or even contraindicated in classic VT. Idiopathic VTs can be better understood in their known subtypes, of which there are at least 3-4 at this time:

Mechanism: triggered activity originating in the RVOT, which then accesses part of the nearby conduction system (thought to access the RBB within the septum).

Variants: a similar arrhythmia has been described as originating from the LV outflow tract, with RBBB morphology with inferior frontal plane axis (RBBB + LPFB morphology). Response to treatment is unknown.

Mechanism: Reentrant arrhythmia originating in or near specific parts of the intrinsic conduction system of the LV. There are at least three subtypes based on location, with the two most important being Posterior Fascicle VT (most common by far) and Anterior Fascicle VT.

Mechanism: Reentrant loop including at least one portion of the intrinsic conduction system. Unlike other idiopathic VTs, BBRVT is more often associated with underlying structural heart disease.

Basic ECG Characteristics: Depending on the bundles/fascicles involved and the direction of conduction, any combination of bundle branch and/or fascicular block morphology can be produced. The most common type reported seems to access the RBB anterogradely and the LBB retrogradely, causing the ECG to show LBBB morphology.

Treatment: This group of arrhythmias does not seem to have an effectively pharmacologic treatment. Neither adenosine nor verapamil have been reported to be consistently effective for these rhythms, however they are so rare that research is severely limited.

Because the idiopathic VTs (unlike classic VT) frequently utilize the intrinsic conduction system, they are often indistinguishable from SVT with aberrancy due to morphology including bundle branch blocks and/or fascicular blocks. Differentiating classic VT from SVT with aberrancy and/or idiopathic VT is not the focus of this post (see posts like this one, this one, and this one), however there are some helpful rules of thumb worth mentioning here:

Prospective Differential Diagnosis and Treatment Plan based on ECG Features:

As EM physicians we rarely know the exact rhythm prospectively when we are standing in front of a patient with wide complex regular tachycardia. What we can do prospectively is identify QRS morphology that matches one of the following stereotypical patterns:

Rhythm differential includes classic VT, SVT with RBBB+LAFB, posterior fascicle VT, BBRVT, and probably other rare and obscure rhythms. If you believe it is one of the idiopathic VTs rather than classic VT or SVT with RBBB+LAFB, then posterior fascicle VT may be the most likely etiology. Posterior fascicle VT is usually sensitive to verapamil. However, one must consider the chance of giving verapamil inadvertently to to classic VT, which is formally contraindicated. Synchronized cardioversion (assuming you avoid shocking on the T-wave) is the only therapy which is both safe and effective among all etiologies in this category. Experts such as Dr. Smith might consider giving verapamil if electricity does not work AND the patient has very good LV function on POCUS, no history of cardiomyopathy, MI, heart failure, etc.

Rhythm differential includes classic VT, SVT with RBBB+LPFB, anterior fascicle VT, BBRVT, LVOT VT, and probably other rare and obscure rhythms. If you believe it is one of the idiopathic VTs rather than classic VT or SVT with RBBB+LPFB, then anterior fascicle VT may be the most likely etiology. Anterior fascicle VT is thought to be somewhat less sensitive to verapamil than posterior fascicle VT, but there are some cases with reported efficacy. However, one must again consider the chance of giving verapamil inadvertently to to classic VT, which is classically contraindicated. Synchronized cardioversion (assuming you avoid shocking on the T-wave) is the only therapy which is both safe and effective among all etiologies in this category.

Rhythm differential includes classic VT, SVT with LBBB, RVOT VT, BBRVT, and probably other rare and obscure rhythms. If you believe it is one of the idiopathic VTs rather than classic VT or SVT with LBBB, then RVOT VT would be the most likely consideration in this category, which would typically be adenosine sensitive. This is convenient because adenosine is already indicated and recommended in our guidelines for stable, monomorphic, wide complex tachycardia. Again, synchronized cardioversion (assuming you avoid shocking on the T-wave) is the only therapy which is both safe and effective among all etiologies in this category. However, adenosine is also a safe, indicated, and less invasive strategy in this situation.

Given the considerations above, I propose two options for your practice, with opposite points of view, both of which reflect a high degree of forethought and reflection on this topic:

First, as these patients are usually quite stable, see if you can find any previous records to shed light on the diagnosis, and any previous successes or failures of conversion attempts.

With this option you basically ignore the existence of these idiopathic VTs, ensuring that you can never make a mistake as a result of misdiagnosing a rhythm as idiopathic VT which in fact is NOT idiopathic VT. The reasoning includes:

In this option you adopt a practice in which you act on your experienced suspicion of IVT, but in a way that has been prospectively thought out to avoid the pitfalls and complications in the event that you’re wrong. You’ve thought out exactly when and why you’re going to use each medication. The reasoning includes:

Finally, many of these patients are rock stable and do not need to be cardioverted right this second. If the easy method of electrical cardioversion is not working, it can be very helpful to get consultation from your friendly cardiologist or electrophysiologist. He/she may have some very good insights into the etiology of the tachycardia.

Cases to practice with: 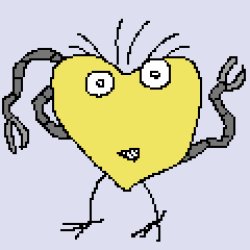 hi pendell. there are some works that fall under the category of “light bathroom reading”. this is not one. it’s funny. when i heard the stephen smith lecture (video podcast of his wonderful “EKG’s : too fast” from the 2018 Rocky Mountain Winter Conference, available on emedhome.com), i had come away feeling like a complete dunce. I thought before that lecture i had known ecg’s and VT , more or less, but at the end of steve’s 30 minutes , i was certainly aware that 1. i was very much on the “less” part of the balance, and at the… Read more »

[…] EMCrit has a wonderful review concerning idiopathic VT. VT is not a single thing – there are multiple different sub-types. Despite what we are […]

Shouldn’t it be ‘when there is a LBBB (not RBBB) pattern with inferior frontal axis’ in the Fancy Pants #1 option in the last paragraph?

You’re exactly right. Thanks for catching the typo!

Also consider doing modified valsalva maneuver. Recently had an RV OT that was stable. Initially I had plans to cardiovert, however cardiologist was available and wanted to try adenosine. While we were setting up and did a modified Valsalva maneuver and converted the patient to normal sinus rhythm. I was told by a resident recently that this case made me a legend to our local paramedics

Also consider doing modified valsalva maneuver. Recently had an RV OT that was stable. Initially I had plans to cardiovert, however cardiologist was available and wanted to try adenosine. While we were setting up and did a modified Valsalva maneuver and converted the patient to normal sinus rhythm. I was told by a resident recently that this case made me a legend to our local paramedics

Agreed! Try it, no downside. Thanks!

Hi,
Thanks for the blog,
Somehow I landed on your blog and I enjoyed it.
Hoping to get more valuable writing in future too.

Thanks for the blog, The treatment with Option 1 and Option 2 are great. and your briefing about Idiopathic Ventricular Tachycardias ( even though I don’t belong to medical field ), it is quite easily understandable, Keep the good work, would love to see more blogs from you.-From Eleczo india

wpDiscuz
10
0
Would love your thoughts, please comment.x
()
x
| Reply
You are going to send email to
Move Comment